This trip has a balance of cities and adventure, but nature buffs are in for a real treat. After exploring Santiago, spend a few days in the vast Atacama Desert. Visit Geysers, have a cocktail in the Moon Valley, and enjoy the lagoons. Hop over to Buenos Aires for some Tango, Polo, and delicious Argentinian Barbecue. And don’t forget to drink all the Malbec you can find! 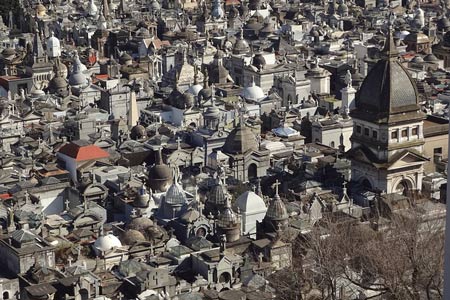 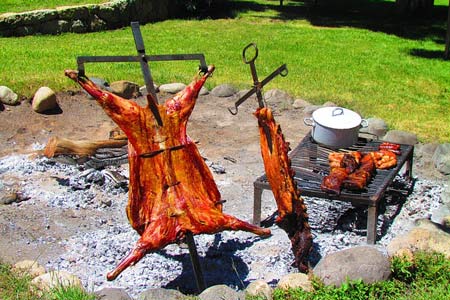 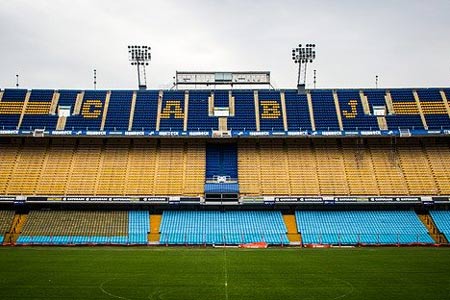 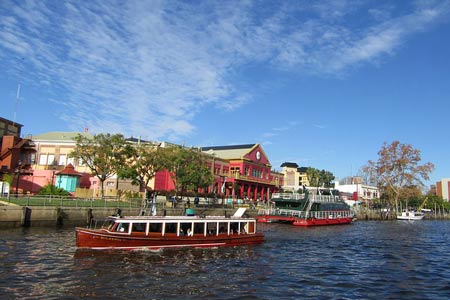 Upon arrival to Santiago International Airport you will be met by a local representative who will assist you before escorting you on a private transfer to hotel.

This afternoon, your guide will lead you to experience one of the most developed cities in South America.

Santiago combines the urban and the classic, in both its architecture and atmosphere. This heritage comes to life through iconic city sights such as the Moneda Presidential Palace, designed by the Italian designer, Joaquin Toesca. From 1845 to 1930 the building actually served as a presidential residence. What were once grand living quarters are now the offices of Cabinet ministers. The Plaza de Armas is the city’s most famous square, surrounded by important and beautiful buildings such as the Cathedral and Central Post Office.

A few blocks away you’ll find the Pre-Columbian Museum with over 700 exhibits of pre-hispanic artwork and relics from diverse cultures including the Mayans, Aztecs and the Mapuches – from the south of Chile. One of the most important parts of the city is San Cristobal Hill. The hill is recognised as one of the largest urban parks, topped by a stunning 72 foot tall statue of the Virgin Mary.

This tour shows you the different contrasts of the city, taking you on a trip through the Santiago of yesteryear to the modern metropolis it is today.

Welcome dinner at local restaurant. Meet your guide in the lobby for your private transfer to the restaurant, returning to the hotel after your meal.

Arrival at Calama airport. Reception by your local guide and transfer to the hotel in San Pedro.

HD Moon and Death Valley including cocktail while watching the sunset. Your guide meets you at the lobby of the hotel to take you to the “Cordillera de la Sal” (The salt Mountains) with its valleys, named Valle de Marte (Mars Valley) and Valle de la Luna (Valley of the Moon). These saline and clay shapes are a product of mineralogical folds that occurred hundreds of millions years ago. As you watch the sun set, your view begins to resemble a moon landscape. Feast on cheese & wine as you bear witness to this natural spectacle. After the tour, return to the hotel.

Full day Altiplanic Lagoons including lunch. Meet your guide in the hotel lobby and head into the great expanse of the Atacama Desert to explore the salt flats and high-altitude lagoons. First is a visit to Toconao, a small pre-hispanic village known for its art made from volcanic rock and its bleach-white buildings and homes. Head to the Atacama salt flats where it can be hard to define the horizon between land and sky. With over 3,000 square kilometers (1,864 square miles), it is the third largest salt flat in the world and home to three species of flamingos. When you start to think that the world is upside-down, it is time to head up to about 4,500 meters (14,700 feet) above sea level to the lagoons. The bright, bold-blue and frosty-green at Miscanti and Miñiques lagoons stand in striking contrast to the red and brown mountains at its perimeter. Make a stop at Socaire, a bit off the tourist track but known for its exceptional views of the salt flats and Andean terraces. Here you feast on a typical regional lunch, enjoying a farm-to-table meal. After a satisfying lunch we return to your hotel in San Pedro de Atacama.

Excursion to Tatio Geysers including breakfast at the geysers. Depart with your guide from your hotel lobby to experience the world of water in the desert.
At the crack of dawn see the sun rise over the volcanos and stand fascinated in front of the spouting geysers. At 4,300 meters (14,100 feet) above sea level, the Tatio geysers are located at the height of the geothermal zone. The geothermal fields originate in the cracks of the Earth’s crust and water is boiled by the magma rising as steam and boiling water. Over 80 geysers make up the world’s third-largest geyser field and shoot up to seven meters (23 feet) high! This desert show peaks at sunrise so departure time is either 04:00 or 05:00 am depending on the season.

In due time, transfer from San Pedro hotel to Calama airport to board the flight back to Santiago. Upon arrival to Santiago International Airport you will be met by a local representative who will assist you before escorting you on a private transfer to hotel.

Upon arrival at Buenos Aires International airport (Ezeiza), transfer to your hotel with your local guide and a private vehicle.

Welcome to Buenos Aires. Elegant, old-worldly, with a touch of Paris here and a touch of London there, a dash of New York cosmopolitanism and big splash of Italian exuberance, the city also has a strong Latin America personality as well as uniquely Argentine elements such as tango bars. Here, everything is grand, on a scale fit for kings: Tourists photograph vast steaks at restaurants, Nueve de Julio avenue ranks as the world’s widest, a cemetery so fancy that it occupies one of the poshest parts of the poshest neighborhood, while the entire city fronts onto the world’s widest river. Buenos Aires never fails to impress.

Buenos Aires sightseeing south. Explore some of the most recognizable landmarks in the southern part of the Paris of South on a four-hour sightseeing tour. Find out about the history and culture of Buenos Aires, as you take in some of the city’s the most significant spots. Discover the most important square in the country: Plaza de Mayo. The country was founded here in 1580, and today the most important governmental buildings are located on these four streets including Casa Rosada (Government House), Cabildo (City Hall) and Catedral Metropolitana (Metropolitan Cathedral). Government Palace opens to visitors if you’re keen to take a look inside. Walk down Defensa Street to reach San Telmo, one of the oldest areas of the city. This neighborhood maintains a great part of its architectonic patrimony intact: colonial-style houses, cobbled streets and a bustling collection of artists’ studios, ethnic restaurants, antique shops and boutiques. Walk through the oldest and narrowest streets of this protected colonial district, with its famous cobbled streets to Plaza Dorrego. This is the heart of 19th-century Buenos Aires, plus this area is home to some fascinating antique shops.

The next stop-off is the picturesque district of La Boca, home to Caminito, perhaps the city’s most photographed area thanks to its corrugated iron and brightly-colored houses. This block houses one of the few outdoor museums in the world, where artists exhibit works related to the influence of mainly Italian citizens who arrived at this port at the end of the 19th century. Also stop by at the famous Bombonera stadium, home to legendary football soccer giants Boca Juniors, whose colors of blue and yellow adorn most of the houses and stores in this barrio.

Before returning to your hotel, pass through Puerto Madero and see this regenerated area where redbrick warehouses have been transformed into trendy restaurants and bars.

Buenos Aires is the city to catch the world’s best polo players in action. This polo experience gives guests a chance to get up close and personal to the sport of kings by spending a day at Estancia Villa María. Just 58 kilometers (36 miles) from downtown.

Here you are introduced to polo, learning about the sport’s history, the rules of the game and about the ponies’ breeding and training. A two-hour polo clinic follows, where you can take a class with bilingual polo instructors; this is suitable for both beginners and advanced players. After a morning on the field, a well-deserved lunch comprising homemade Argentine cuisine. This experience does not require any previous polo-playing knowledge and does not have an age limit.

Estancia Villa María was founded by Vicente Pereda at the end of the 19th century, and its park was designed in 1917 by the landscape painter Benito Carrasco (Student of Carlos Thays). The Tudor-Norman style rural palace was built in 1927 by the architect Alejandro Bustillo (architect of the Banco de la Nación Argentina, the Llao Llao Hotel in Bariloche, among other constructions).

Familiarize yourself with some of the most recognizable landmarks in the northern part of the capital during this escorted four-hour bike tour. Guided by a group leader, pedal through key zones along bike paths (where available) to avoid traffic. Cycle through Retiro for a glimpse of different epochs as well as stopping off Regazzoni art atelier before pedaling on to Recoleta Cemetery, an architectural gem where many of Buenos Aires’ aristocratic families have been laid to rest. Cycling further north, the final port of call is Palermo neighborhood and its sub-districts such as Palermo Chico and Barrio Parque’s Parisian-style mansions, and Tres de Febrero park.

In the afternoon, 1-hour tango lesson at one of the most traditional tango venues in town!

Dinner and tango show at La Ventana Tango. Located in the heart of San Telmo, La Ventana’s show combines both tango and folk. A classic architectural example of Buenos Aires’ from a different epoch, this historical and restored conventillo (tenement) instantly sets the mood, taking guests back in time. Its interior, which preserves the building in its purest style, creates the ideal setting for a special cultural experience that includes 32 performers, two tango orchestras, an Argentine folk music group, dancers and singers.

After the show, private transfer back to your hotel.

Escape the busy hustle and bustle of central Buenos Aires on this relaxing full-day getaway featuring fashionable riverside suburbs and a cruise along a sheltered waterway.

On arrival at the Paraná River, board a private motor launch and head out along the Delta’s waterways. An array of colorful sights awaits as your boat passes islands, turn-of-the-century homes, yacht clubs and a flotilla of water-crafts, including canoes and sailboats.

Cruise past the Delta’s most beautiful islands, adorned by many floral species before disembarking for lunch at Kanoo. After lunch, we invite you to a 1 hour kayak experience in the Parana River.

In due time, transfer from your hotel to Buenos Aires International airport (Ezeiza). Local guide and a private vehicle.