Machu Picchu is definitely the star of this trip, and rightfully so, but there is so much more to explore in this beautiful country. From the Sacred Valley to the Rainbow Mountain, there are incredible sights no matter where you go. The gastronomical scene is flourishing as well so take advantage of all the ceviche and pisco sours you can in the trendiest bars of Lima or the backpacker streets of Cusco. 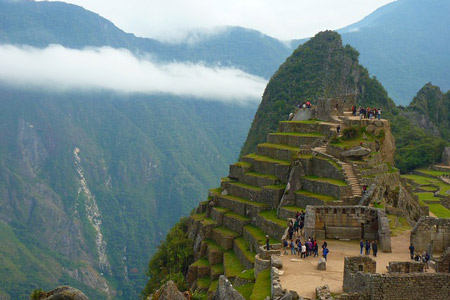 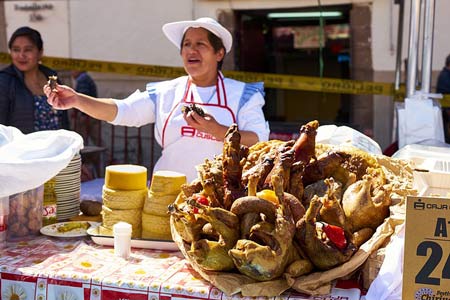 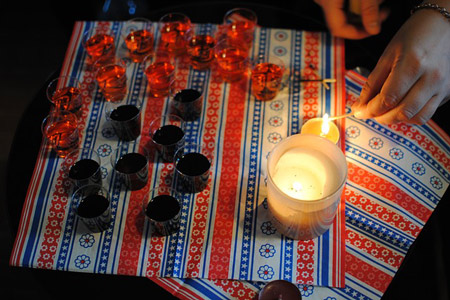 Welcome to Lima, the “City of Kings”.

Your adventure begins with a welcome meeting at your hotel in Lima. Your Tour Leader will explain you the next few days’ activities and will give you all the necessary information for your stay in Peru.

Later on, you will enjoy of a welcome dinner in a local restaurant.

Included Activities: Welcome briefing at 6:00pm with the Tour Leader

In the morning, your Tour Leader will take you on an orientation walk around the historical center of Lima where you’ll see attractions like the Cathedral, the Viceroyalty of Peru, the main places of Lima’s Plaza Mayor (Main Square), the Government Palace, the City Hall, and other important monuments. Next you’ll visit the Central market where we will take a walking tour. The market has a huge variety of fresh produce on offer including fruits, vegetables and even Guinea pigs. You will have the opportunity to try some local Peruvian fruits and street food. Then to China town which is close to the Market. Afterwards, you will return to your hotel.

By the afternoon, your Tour Leader will take you on an orientation walk around the modern district of Miraflores. You will visit the popular Kennedy Park, considered the point of convergence of both limeños and travelers alike, and arguably the forefront of modern Lima. You will also walk through the Larco Avenue. Then you will head to the nice Shopping Mall named Larco Mar, which was built on a spectacular cliff overlooking the Pacific Ocean and the traditional “Parque del amor” (Love Park), entirely dedicated to all lovers. Finally, you will visit our traditional “Malecon”, a six-mile strip of parks, gardens and green space along the cliffs overlooking the sea. Paragliders launch from just north of Larcomar. The entire Malecon is worth seeing, but not on foot. Rent a bicycle or jog if you want to see it all.

Enjoy a free day in Lima.

In the morning, you will be transferred to the airport to take the flight towards the city of Cusco.

Arrive in Cusco, historic heartland and former capital of the Incan Empire and transfer to your hotel. Cusco is a favorite destination of many visitors to Peru. As you wander the streets and side alleys of the city you will witness the perfect tapering Inca stonework that provided the foundations for many of Cusco’s colonial and modern buildings. The city itself is the continent’s oldest continuously inhabited city and was the home of the Inca Empire for two centuries before the Spanish built their first capital here. Today Cusco is a fascinating combination of both cultures. Take the time to acclimatize to the city’s 3450-metre high (11,150 ft) altitude.

In the afternoon, your Tour Leader will take you on an orientation walk around the center of the city. On the way you will see the Stone of Twelve Angles at the Inca Roca Palace, on Hatun Rumilloc Street and the façade of the “Qoricancha Temple”, considered the most important temple of the Inca Empire. Then, you will head to the heart of the city, “the Plaza de Armas”, surrounded by colonial arcades and four churches. Here, you’ll find the beautiful “Cathedral” of Cusco, built in the XVI. Then, you will explore the San Pedro Market where you will find vegetables, meats, local cheeses (which you should certainly try), local chocolates, herbal medicines and many local handicrafts. It’s a great place to purchase some souvenirs. The market is also a place where many locals go to eat ‘mystery soups’. Some may be just chicken; however, the most popular amongst the locals are usually the more unusual ones like frog soups or soups that contains nose to tail of various animals. Finally, you will visit the ChocoMuseo where you can sample hot chocolate made from local beans.

In the morning, you will visit the huge “Inca Ceremonial Center of Sacsayhuaman”. This enormous structure overlooks the city of Cusco. Its constructions are amazing, with huge rocks perfectly fitted. It is said that it took over 10,000 workers 50 years to build it. The origin of the temple of Sacsayhuaman is still today unknown. The archaeologist attributed its construction to the Period of the Inca Pachacutec. Later, you continue visiting another important Inca site known as “Qenqo”. This is a place with subterranean passages and carved stone channels in a zigzag pattern. In its inner part there is a carved stone table where it is said the Incas mummified their dead. Afterwards you will do a short visit to the archaeological Inca sites of “Tambomachay” a temple dedicated to the God of Water and “PucaPucará”. After these visits, you will return to Cusco.

In the afternoon you’ll visit the traditional and picturesque neighborhood of San Blas. To arrive to this place you have to take a short but increasingly steep walk from the Plaza de Armas. Here, you can find art studios, artisan workshops, many of the best bars and restaurants. It’s a great area to wander around.

Included Activities: Half day visit to the 4 nearby ruins, in private service with local guide, Orientation walk around the neighborhood of San Blas, led by the Tour Leader

In the morning, travel by private car through the Sacred Valley (approx. 2 hours’ total drive), on the outskirts of Cusco. Known as Wilcamayo to the Incas, the lush, fertile valley has long been the main source of food for the high Andes. Maize crops can be seen surrounding the river and covering the terraces carved high into the valley walls.

You will head to a community in the Valley to learn about local lifestyle and activities and if our visit coincides with market day you can spend time browsing the stalls in search of hand-painted beads or warm ponchos and maybe practicing some of the local language, Quechua. Typical lunch will be included in this community.

Later you will continue the tour visiting the town of Ollantaytambo which has been built over an ancient Inca town. This is a magnificent example of Inca urban planning and one of the few places where the Incas defeated the Spanish. Ollantaytambo’s archaeological site is located to the east of the Plaza de Armas. The upper terraces of this site offer great photo opportunities of the squared grid town below.

Afterwards, you’ll be transferred to your hotel located in this beautiful town.

Included Activities: Full day visit to the Sacred Valley of the Incas including a local community, in private service led by the Tour Leader

In the morning, you will head to the local train station to board the tourist train towards the Km 104, the starting point of the trek. At Km 104 after submitting passport control, you will start your full day trek to the site of Machu Picchu. On route, you will visit the Chachabamba archaeological complex (2150 meters high), to then embark upon an 8 km (5 miles) ascending trail, which after four hours takes you to the archaeological complex of Wiñaywayna (2650 meters high). This is an impressive complex made up of an agricultural center with numerous terraces, a religious sector and an urban sector. On the way up you may enjoy magnificent views of the Urubamba River valley and the Choquesuysuy archaeological complex located on the other side of the river, and also of a beautiful waterfall located just a few minutes away from Wiñaywayna. You then continue and climb to Inti Punku, or The Sun Gate. This will take an hour of hiking along a trail of flat stones on the edges of cliffs in highland jungle. From this fabulous spot, you may contemplate the sacred citadel of Machu Picchu. From Inti Punku you will descend to the back side of Machu Picchu and then will head straight to the main entrance to take the tourist bus towards Aguas Calientes, the little town close to Machu Picchu where we will spend the night.

Enjoy a free day in Cusco. Your Tour Leader will recommend you some optional activities for this day.

In the evening, enjoy a farewell dinner at Nuna Raymi, a nice restaurant located close to the main square.

Your trip comes to an end today after breakfast; there are no activities planned for the day. You are free to leave at any time after check-out.